I spent the day in Amsterdam yesterday on the KPN boat during the Canal Parade of Amsterdam Pride. It was a fantastic experience, I’m so glad I got this opportunity to go. When I got home last night I was exhausted, but it was so, so worth it.

I drove to Amsterdam with two of my colleagues, Cindy and Thomas. All of us neatly in white pants as required by our organisers. We parked near the station and took a bus to the meet-up point. There we were given our company t-shirt and various decorations.

After waiting until everyone was there, we headed to the embarkation point. Our boat was not quite as large as I had imagined, considering we were about 60 people total. Once we were all on board, it turned out to be roomier than it looked. The boat had a middle catwalk of sorts and underneath were stored boxes of iced drinks. We each got a lunch box and after eating the boat slowly moved out.

We first headed for out waiting spot. There we met up with the other KPN boat. This was a boat without people but filled with screens and cameras. People from all around the world could tune in to a special website and watch the parade live from the camera’s on that boat. They could also leave video messages on the website which were played on the screens during the parade.
Then, when it was time to move out, we took our place in line and the parade started. It was immensely impressive to be there on the water and see the hundred of thousands of people on the streets and on smaller boats along the edges of the canals. All of them happy, cheering, waving. Some throwing beads (I even caught one) or flowers or shooting at us with water guns. 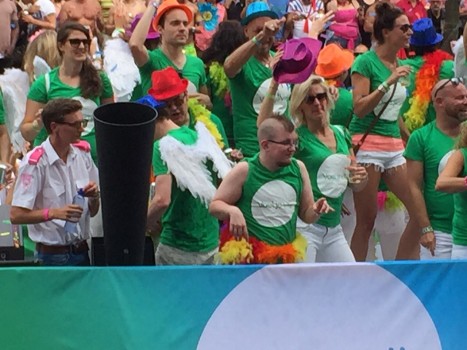 As part of a boat you’re expected to be lively. Each boat generally has their own DJ both to entertain, but also to keep their people motivated to move. I’ve never been much of a dancer, but I never danced this much in my live as on that boat.

The whole parade took about two hours and was, at times, risky. There’s over twenty bridges that we had to pass. None of which can be raised. And some of those are so low that we all had to drop to our knees and duck our heads to not lose our heads.

And every time we got to one of those bridges, we also had to tilt our confetti cannon. Which was a fairly unwieldy thing. I happened to be positioned near it most of the time so I would assist the boat steward with the cannon.

At the end of the parade we were at the other end of the city. While disembarking we ate some finger food that was served and had some group photos taken. After that some people remained in the city, but for us it was time to head back to the North. We took a train back to the station where the car was and headed home. We stopped in Lelystad for a quick McDonalds dinner and made it back to Groningen in a very respectable time, thanks to Thomas’ driving. 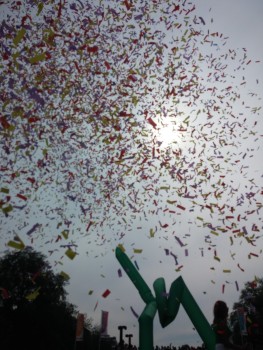 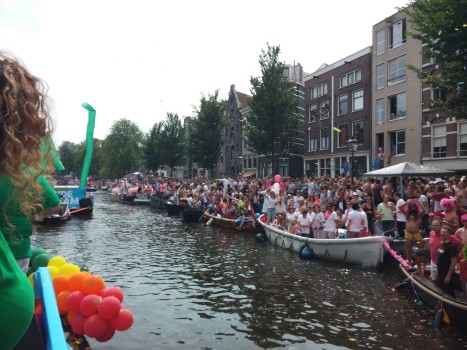 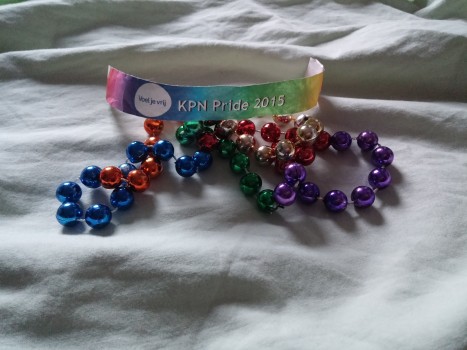 As you grow older, you’ll find the only things you regret are the things you didn’t do.