Had another of my every-couple-months check-up of hormone levels and general health. As usual, everything was peachy. Since I’ve now been on hormones for more than a year, and everything’s always been good, I don’t have to come back until January 2016. Yay!

Now I only have to wait for my appointments with the anesthesiologist and the plastic surgeon at the end of the month for the pre-op consults. I don’t have a surgery date yet, but I expect it to be around mid april. We’ll see.

After that, Mom and I decided to go to Paddepoel for a wee bit of shopping. I got new toothpaste and mouthwash and checked out the spring/Easter decorations at the Xenos. I didn’t find anything that particularly struck my fancy so I left with just some tea and the cutest little jar of orange marmalade. I checked out my usual stores, but didn’t buy anything.

Now, Nienke’s been sick for a few days now, and for the last three or so, she’s been craving half a grilled chicken… I’d offered to get her one from the snackbar the other day, but she declined. Being in Paddepoel, though, I decided to bring one anyway. The butcher at the mall is amazing, and not expensive either. I bought a small, whole, grilled chicken to take home. I also got Mom and myself a cookie from the baker next door.

We ate the cookie in the car and then drove home, where Nienke and I ate the chicken. It was glorious! It didn’t end up agreeing with Nienke (not thát weird considering how little solid foods she’s had over the last few days) but it was worth it 😀

Today was also the first day in many months that I worked on Wednesday. As of this week, the company is no longer permitting the 9-hour work days I’d been doing for the past 9 months or so. I miss them a lot, as the 9-hour days allowed me to work four days and be free on Wednesday. I contemplated going back to 32 hours, but I like my current money. So now I work four hours @home first thing in the morning on Wednesday from 7:00 to 11:00 so I still have as much of the day to myself as I can.

Movie day with Gert yesterday. I had the whole day off, so I went to the city early in the morning to meet up with him. Did some shopping first at Xenos where I bought me two awesome tea boxes.

Afterwards we went to see 300: Rise of an Empire. It is exactly what you expect of it: lots of slaughter, lots of blood, lots of gore, lots of slow motion bits to emphasise the killing and blood, very little plot. There’s nothing in this movie that sticks with you, the characters are one dimensional made of cardboard, not even a flicker of personality to make you care even in the slightest if they might die or not.

The second movie of the day was August: Osage County. Now this is a movie I really loved. It’s a family drama themed movie where, after their father disappears and then dies, the three children come home to their family home in the midwest. This leads to secrets being unearthed, arguing and awkward moments. 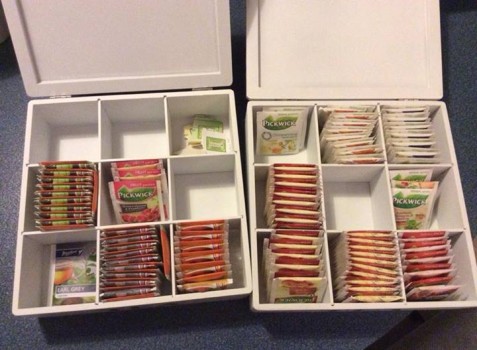 Today I had a late shift so I went to the store in the morning. After getting to the register with my basket I realised I forgot my wallet at home :S Fortunately I could place my basket near the register while I biked back home to get it. So my quick shopping trip took a bit longer than expected 😀

Afterward I cleaned the litter boxes and put the dishes in the dishwasher to make room on the counter for me to cook. Then, on to work I went. Work itself was uneventful, but late in the afternoon one of my coworkers approached me with a picture. “Look!” he said. And when I did I spied a picture of him on the Iron Throne from Game of Thrones! As it turned out, HBO NL was visiting us again with the Throne (I think this was the third time total since I’ve worked there). The previous times I missed the opportunity.

This time around, I dropped everything and almost ran for it. I got lucky as the dude manning it was about to start cleaning up the shoot but he agreed to take my picture. So I grabbed the sword that was also present and sat on the Throne. For a prop used solely for this kind of photo shoot it’s remarkably solid and lifelike 😀 I was giddy with excitement, but managed to pull a serious face for the photo. The dude shot, the dude printed and I left with my shiny, shiny photo. After I left, a couple of my teammates showed up and also got lucky, but then he really left.

And of course I have to show you the picture 😀 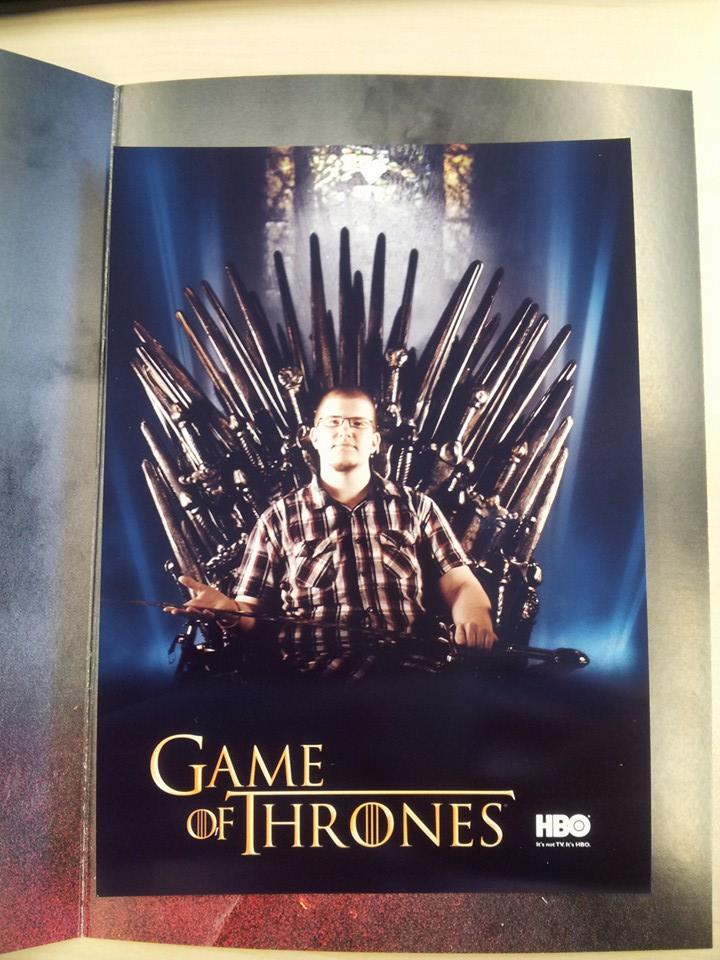 Today I registered at the gym in town. I wanted to do something about my general physique and stamina and such for a while now, but now that I’ve started T, it’s easier to build muscle. Plans are to do about three group lessons a week, and after a period to get used to it, to add solo work on the various devices. I hope to gain in the torso/upper arm area, build stamina and lose more weight. Although it would probably be good if I also got rid of the candy crap then 😀

Hit the city as well today. Went looking for new bags, one for my laptop as my current 17″ doesn’t fit in the 15″ bag I have, and a new messenger bag for work. Unfortunately I didn’t find any that were both pretty and in my price range. Did buy a game (Black Stories), and a trash bin at Xenos.

Art is a shadow of what a person is thinking… a small glimpse of what they hold inside. Little secrets, regrets, joys… every line has its own meaning.