Managed to skip going to the gym for the entire week, bad me. On Monday I skipped because I realised I didn’t really like the one half of the class I was going to, and to just do the other half isn’t long enough. Plus the instructor always manages to guilt trip me into staying for that second half anyway and I don’t like that. Tuesday I skipped because there’s too much time between getting home from work and going to the gym. By the time I have to go get ready, I’ve settled in and really don’t want to go anymore. Today I slept in and missed Pilates, which is a shame because I do like it.

Wednesday I went over to Gert to, couple months late, exchange birthday prezzies. I got him the NL variant of Ticket to Ride and he got me Machiavelli. We played Ticket to Ride a couple times and then watched some Doctor Who and Attack on Titan. I’d never seen that before but I really like it. Was also nice to just hang out and chat and stuff. Usually we go to the movies and then there’s less catching up time 😀

At work the buzz is that the workflow they took is coming back in week 8, so yay!

Yesterday and today I played a lot of Warcraft. Decided to try out my solo abilities on Cataclysm Dungeons. I face roll Burning Crusade stuff, but never really tried soloing Wrath instances since I was guilded back then and did all that with them. Managed to do Stonecore, Voretx Pinnacle, Blackrock Caverns and Grim Batol, all on normal. It wasn’t face roll easy, but it was very well doable. I wonder once I get some more Timeless Isle pieces, if I can try my hand at heroic versions. I need that to finally get my Ramkahen rep to exalted. I want my camel 😀

And, I finally managed to write three letters to some people in my pen pal group, yay me. I’ll be mailing them out tomorrow, together with the traveling notebook. 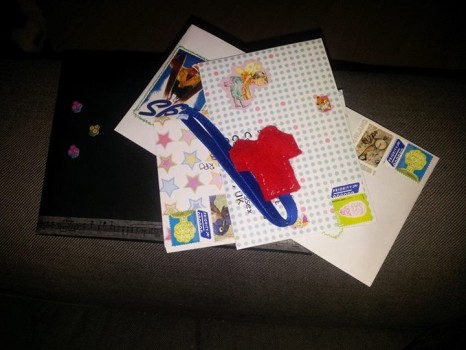 I’ve been doing Postcrossing for about a year or so now, and I love sending cards all over the world and receiving cards from all over, too. But what I don’t like is that you don’t really build any connections with people. I send a card to Person A, and get one back from Person B. This made me send less cards than I used to, because I got worn out with it. But then I read the (then) most recent blogpost on the Postcrossing website and they were talking about the League of Extraordinary Penpals. It intrigued me, and I took a  look at the website, and I signed up immediately, and was given access to the Facebook group almost directly as well.

That was about three weeks ago. In those three weeks I’ve sent out about fifteen or so postcards and six letters; realised there’s way more muscles in my hand than I thought before; and received a letter and about five postcards. I’m enjoying myself immensely writing messages and letters, finding pretty papers, decorating the stationery and envelopes and waiting at the mailbox for mail. I was already way into getting craft materials, and this only made it worse. I’ve bought many stickers, lots of washi tape (which I basically just discovered, it is awesome), stationery, pretty paper and so on, and so on. I’m currently contemplating whether to be lazy and just buy an envelope mold to make my own envelopes, or make one from cardboard…

Here’s the batch of letters and cards that I sent out yesterday, I can’t wait until they reach the folks they’re going to. 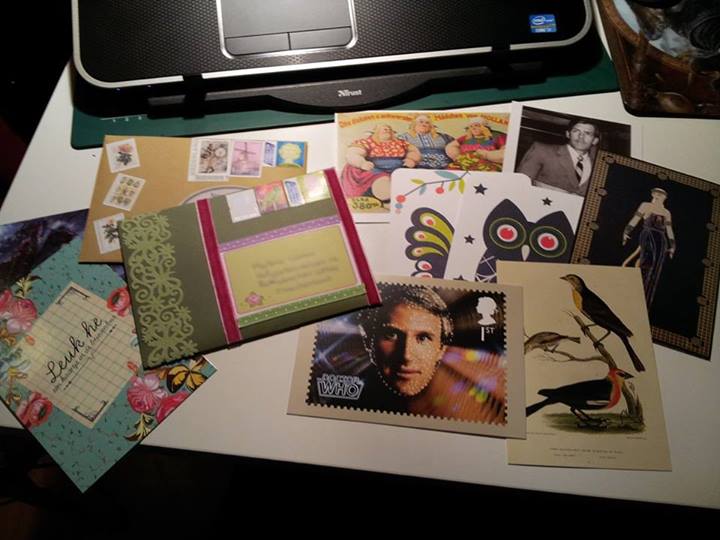 Just because it’s not nice doesn’t mean it’s not miraculous.