For the first time in ages, I’ve been feeling inclined to draw. I first noticed it earlier this week while reading a  book in which the main character drew. I got to thinking it had been quite a while and then it started itching inside. Except I didn’t know what I wanted to draw.

Then today, I was stumbling around on the web, and I found this website. I’m not very good at drawing lifelike things, and more abstract designs are more my thing anyway. So I decided to do my take on this thing.

I only spent about an hour and a half on it today, so it will be a couple days before it’s done, but the start is here. 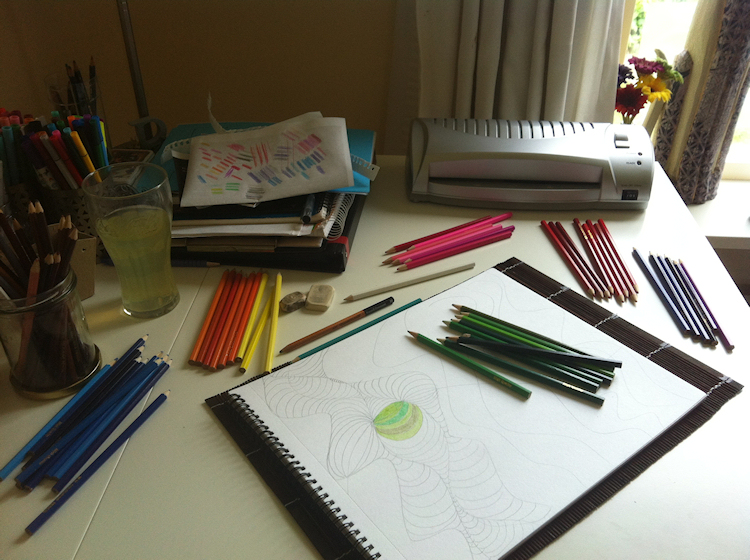 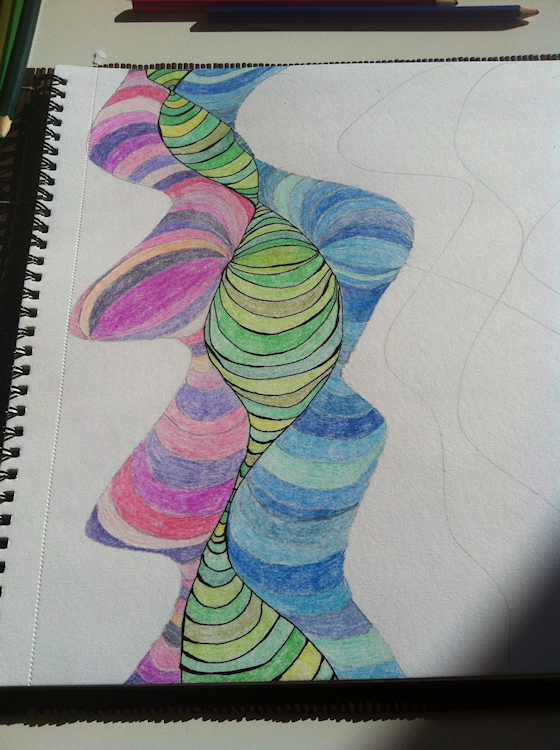 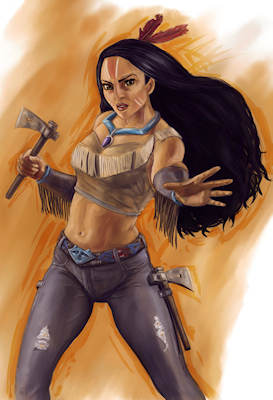 Yale has created an online repository of digital images of their cultural collections. These images are freely available and can be used without license. For more info see the press release. Browse the collection here.

At bechdeltest.com you can find a (user contributed) list of movies and if they pass the Bechdel test. The Bechdel test consists of three criteria to determine if a movie (or any kind of story, really) is inclusive of women. The story is judged on whether there are at least two women present, who talk to each other, about something other than a man. The website specifies this a bit further by requiring two named women (so ‘woman in background during fight scene’ doesn’t count). Interesting to see that even movies that have strong female characters can still fail this because, for example, these women never talk to each other (case in point: LOTR).

Josh MC draws awesome Disney Princesses that are more than capable of kicking anyone’s butt. See his version of Pocahontas above. For more, click through to his deviantArt gallery.

How to sew a terrarium from vinyl. It looks awesome, I might have to cannibalize some of the pillow bags I still have. Especially with some tiny (fake) animals like in the picture it becomes a little world.

Wicked Witch of the West bookmark. I must make this!

Neil Gaiman proposed a new Halloween tradition to give each other scary books on Halloween: All Hallow’s Read.

Stud Magazine. To quote their own blurb: An online based magazine aiming to redefine the term stud and introduce non gender conforming females into mainstream media. There’s some awesome photos to see on the site! See also their Facebook page. Their definition of Stud: Stud (std) noun. A person belonging to either female or intersex sex that blurs society’s understanding of gender. Often displays “masculine qualities”(strong, dominate, powerful, and independent ) and/or varying degrees of “masculine” appearance.

Jessica Joslin is a sculptor who makes awesome skeletal animals from bone and metal. Very steampunk, I like! See some images of her work here.

How to explain the internet to a 19th century British street urchin.

More flowchart! Evolution of the Geek!

When the Yogurt Took Over, by John Scalzi.

Are you awesome? Or maybe cute?

Since I just bought me a new tie (purple! yay!), this one’s mostly for me. I had dad tie my other tie and have never untied it because I can’t manage to properly re-tie it.  This site has instructions AND videos.

And finally some inspiration for when I carve my pumpkins tomorrow. It’ll be hard to decide what to do. Probably more pumpkins next year 😀

Encore: Pumpkin soup and pie recipes. Plus a basic guide to carving pumpkins focusing on tools and preservation.

Currently reading Neil Gaiman‘s Neverwhere and need to finish the last story in the Deep Space 9 anthology Prophecy and Change.
Just read Ender’s game again and  Robert Sawyer‘s Hominids, which is so seriously made of WIN!

Next book in the planning after finishing Neverwhere (which I think will happen tomorrow) is Michael White‘s Equinox. It’s one of those adventure books with murder and history and artifacts and stuff so I figured I pick that one to increase variation instead of returning to either sci-fi or fantasy immediately. Plus, I’ve had Equinox for two years or so and still need to read it…

I’m also planning to enter a contest where you make your own book. This is not just a writing contest, the point here is to create the entire book, whatever way you want, it can be text, pictures, photos, art, or a mix of any or more of this. The best one that is also publishable (or, printable rather) wins and gets published, second and third get money. Those two don’t even have to be publishable/printable. And while it would be awesome^10 to get published, my current financial state is such that I would rather win second prize. I know just what I could do with €1000…
Anyway, so far, my book seems to be some kind of Alice in Wonderland thing where the main character is sucked into this really weird world. But I’m not sure yet what’s happening exactly, the book just takes me along. I do know it’s a massive mix of graphics and text and playing with colours, shapes and textures. I’ve three pages finished so far. At least, in terms of graphics, text might get edited more as the story continues. Mostly since I have no idea where Furry (as I’ve named my main character for now) is going to go or end up and what the purpose of this whole journey of his (hers?) is.

Also, something awesome was confirmed earlier today which I can’t say anything about just yet ’cause it would spoil the surprise for my friend 😀

People don’t live on the Disc any more than, in less hand-crafted parts of the multiverse, they live on balls. Oh, planets may be the place where their body eats its tea, but they live elsewhere, in worlds of their own which orbit very handily around the centre of their heads.